It’s been thirty years since Sunday night racing at the Grandview Speedway featured midget racing but that is all about to change this Sunday, May 4th with the Open Wheel Spectacular on the high banks of the Grandview Speedway!  And what better timing than the 2014 season as the American Racing Drivers Club (ARDC) celebrates their 75th Anniversary.
In what will be the first of four doubleheader events, ARDC will team up with the Hilborn Tri-State Race Saver 305 Sprint Cars in a Sunday night program on the 1/3 mile speedway with both divisions featured in qualifying events and twenty-five lap features.
Bob Hilbert Sportswear will be offering several ARDC drivers some additional incentives this season.  The Hilbert on the Hill Challenge will award the driver who accumulates the most points in the eight scheduled events at the Grandview Speedway with 100 White Express T-shirts with front and back imprinting.  Hilbert will also present the 2nd through 5th place drivers in the series with $100 gift certificates.  With the Grandview Speedway located in such close proximity to Hilbert’s business, the pairing was just a natural combination.
After rain caused the cancellation of the second event on the ARDC 2014 schedule, ARDC teams are anxiously awaiting their next event at Grandview.  Many of the ARDC teams consider the Grandview Speedway to be their home track.  “Grandview is one my favorite tracks,” 2013 ARDC Champion Trevor Kobylarz stated recently.  “We consider Grandview to be our home track since it is the closest to home of anywhere we race.  It gives us a chance to bring our sponsors to the track as well as family and friends.”   Kobylarz continued, “And with this being our (ARDC) 75th Anniversary, it connects us to a part of our history that was very popular.  A lot of people have told me how they used to attend those Sunday night races at Grandview.”
Many of the drivers share Kobylarz’ sentiments and would like nothing better than to visit Victory Lane at the Grandview Speedway.
Kobylarz and regular Saturday night Grandview competitor, Tim Buckwalter were the winners of the 2013 ARDC events at Grandview and both will be in the field for the first Sunday night event in thirty years.  Buckwalter moved into competition in the Small Block Modified ranks at Grandview after winning the 2012 ARDC Championship.
Kobylarz and Buckwalter will have plenty of competition from the likes of the winner of the 2014 season opener, Steven Drevicki, Bruce Buckwalter, Jr., Ryan Greth, PJ Gargiulo, Brett Arndt, Tony DiMattia, Alex Bright, Kyle Lick and Nick Wean as well as many more.  Billy Pauch Jr. who has an ARDC win at Grandview in the Burke Trucking #54 will be doing double duty on Sunday nights as he races in both the sprint cars and midgets.  Modified chauffeur, Ryan Watt will run a team car to Pauch as both drivers wheel entries owned by Jerry & Karen Steward.
A Meet & Greet will allow fans access to two drivers from each organization prior to the Sunday night events.  Drivers will be available for pictures and autographs beginning at 5pm on race night, just outside the track’s main entrance.
It’s been a part of midget history and now will become apart of the present.
Racing begins at 7:30pm.  Adult admission is $15 with children 6-11 just $3.  Children under 6 are free.
Contact – Deb Smith
phone (610) 972-6176
email – dsfotog@aol.com 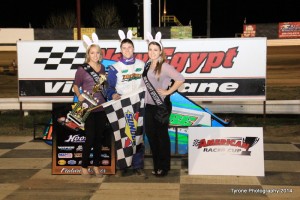 CONTACT – Deb Smith
Email – dsfotog@aol.com
Phone – (610) 972-6176
Pit gates open at 3pm
Grandstand opens at 4pm
Warm-ups at 5 with racing due to start at 6
Pit Admission is $30 with a license and $40 without
Grandstand admission – $22 for adults, $20 for Senior Citizens
Teens and Military admission is $12 with kids 11 and under FREE
Track phone #609 758 1900
.All cars must be safety inspected BEFORE they are allowed on the speedway.  Contact Scott Arndt to make arrangements or if you have any questions at 484 269 8543
Looking for help with merchandise sales both before the races and during intermission – please contact me if you are willing to help