Bruce Buckwalter, Jr. will tell you that he seems to do well at new tracks.

For the first time since joining the ranks of the American Racing Driver’s Club in 2008, Buckwalter returned to Victory Lane at a track where he had previously won – the Port Royal Speedway. Up until Saturday night, all of Buckwalter’s ARDC wins had come at different tracks.

Buckwalter battled with Brenden Bright during the running of the first qualifying heat, unable to take the lead from the Collegeville, PA driver. But the twenty lap main event offered a different outcome.

Bright took the lead at the green flag but was immediately challenged by Buckwalter for the top spot. Bright started outside on the front row with Buckwalter right behind him on the starting grid. Buckwalter made his pass count on lap two, becoming the race leader and never looking back. Buckwalter started to pull away from Bright and the rest of the field in his BDB Construction #83.

Buckwalter held a comfortable lead over Bright who had some breathing room ahead of third place driver, Steven Drevicki. The battle was behind the top three and Ryan Greth, Tony DiMattia and 2011 ARDC Champion, Drew Heistand battled for position. DiMattia held the fourth spot with just five laps to go but the rookie had his hands full in the final five circuits as both Greth and Heistand challenged for position.

Bright began to close in on Buckwalter in the closing laps. A loose race car had Buckwalter taking it easy. “If someone had shown their nose or gotten close, I could have reacted,” Buckwalter stated. But Bright’s challenge fell short when he made contact with the outside wall between turns one and two. Bright did a great job recovering and not losing a position in the process.

Buckwalter crossed the finish line for his second win of the 2013 season with Bright earning a season best finish in second. Drevicki was the final podium finish in third. Greth won the three way battle for fourth – his fourth, fourth place finish of the season as Heistand edged DiMattia for fifth.

Brenden Bright and Steven Drevicki were the winner’s of the qualifying heats. 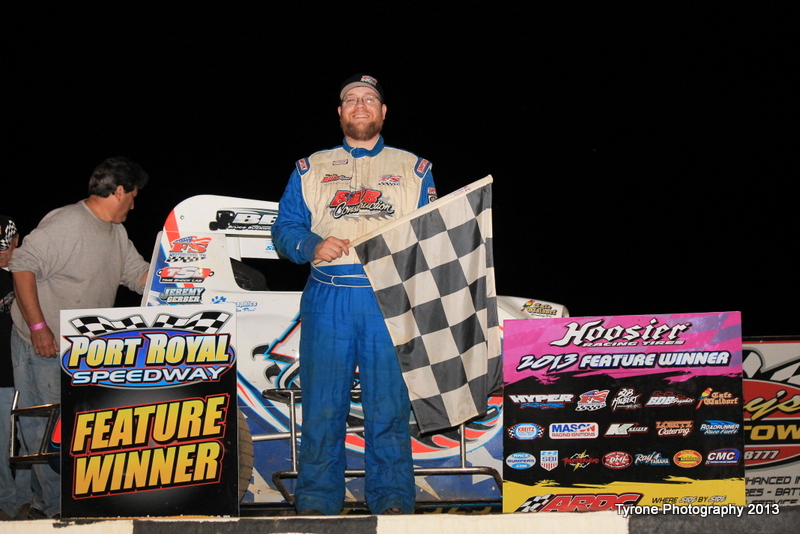 Trevor Kobylarz picked up his first win of the 2013 season on the third night of ARDC competition as the wingless midgets joined the wingless sprint cars of USAC for their Eastern Storm Tour.

Brett Arndt led the field to the start of the twenty lap feature event and took the lead as rookie, Tony DiMattia took over second on lap two. One lap later, Kobylarz was challenging DiMattia for the runner-up position as Ryan Greth and Steven Drevicki were trying to determine the fourth position. With just five laps scored, Arndt led Kobylarz, Greth, DiMattia and Drevicki around the 4/10 of a mile track.

They were three wide off of turn two as Kobylarz, Greth, Drevicki and DiMattia sliced and diced for position behind the leader, Arndt. “It was a little hairy there,” Kobylarz related. “With the five of us battling!” Drevicki moved by Greth to take third just before Kobylarz used a pass on the high, outside to move past Arndt and take the lead on lap seven. Mechanical ills sent Arndt pitside just before the halfway point.

With Kobylarz out in front, Greth reclaimed the second spot ahead of Drevicki before a caution was thrown for Jason Rice. The red flag was needed on the restart as Steven Bull had nowhere to go when Brenden Bright spun going into turn one. Neither driver was injured.

“The red flag killed us,” Drevicki would state later. “The caution hurt us but the red flag did us in.” Drevicki’s tire sealed over while the cars sat and waited for the race to resume.

With Kobylarz out in front, Drevicki continued to run the bottom of the track to look for an advantage over Greth. As the laps counted down, the three way battle for fourth held everyone’s attention as DiMattia, Nick Wean and Drew Heistand battled it out. On several occasions, Wean threw a slide job to overtake the rookie who would power right back to reclaim the spot, running the inside while Wean slid to the outside. Heistand would ultimately claim the fourth spot. Ryan Watt raced his way through the field after starting in fourteenth to finish fifth in the RAACE Foundation, Dave Shirk/Glen Good entry.

Kobylarz took the checkered flag – his first at the Susquehanna Speedway park with Greth picking up a season best second place run. Drevicki took the final podium finish for the second night in a row to finish third ahead of Heistand and Watt.

Greth and Kobylarz were the winners of the qualfiying races. 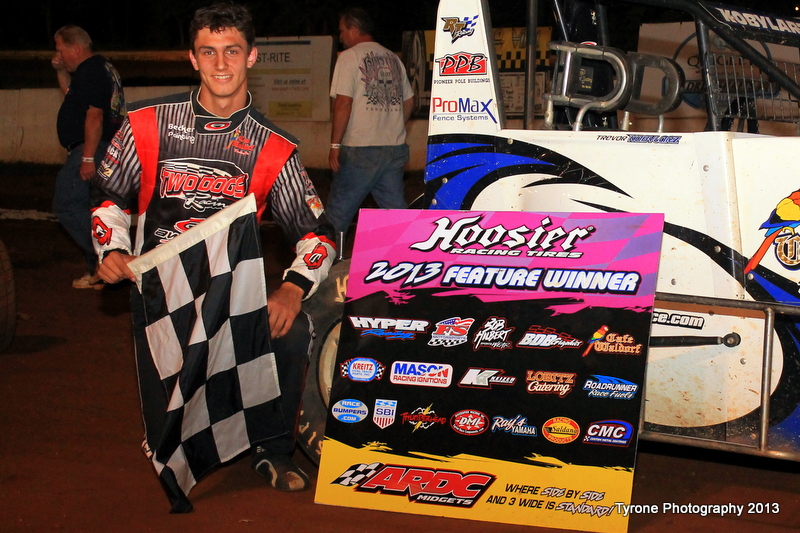 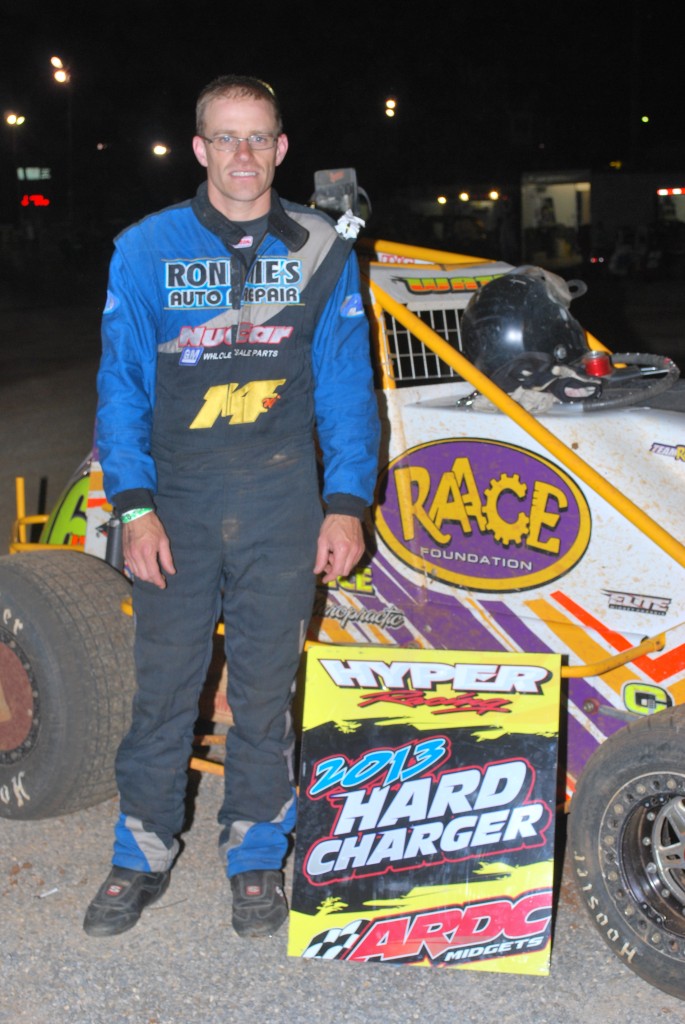