Rain and Lick are Winners on North Carolina Weekend

Mother Nature and Kyle Lick were the winners as the American Racing Drivers Club made their annual trek to North Carolina Speedways – Dixieland in Elizabeth City and County Line in Elm City North Carolina.

Qualifying was completed on Friday night at Dixieland Speedway before a persistent threat of rain turned into a steady reality. Drew Heistand, Trevor Kobylarz and Brenden Bright won the three qualifying heats. Threatening skies, streaked with lightning finally brought an end to the Friday night show and the Dixieland fans left the track without seeing most of the feature events.

On Saturday night, the field of ARDC Midgets pulled into the County Line Speedway for a second night of wingless midget competition on the Southern Swing.

Rookie Kyle Lick and Jason Rice lined up in the front row to lead the nineteen car field to the start of the twenty-five lap main event. Lick and Rice raced side by side for the first lap before Lick was able to pull ahead on the second time around. Lick and Rice pulled away as the battle was waged for third between Drew Heistand, Steve Drevicki and Brett Arndt. Trevor Kobylarz raced his way into the top five by lap ten.

Lick turned lap after lap of consistent racing as he led the field as the half way mark of the race was scored. Rice held down the runner-up spot as he fought off the challenges of Drevicki. Drevicki would shoot to the inside as they exited turn four but Rice was able to roll the outside to maintain his edge. With sixteen laps complete, Rice and Drevicki raced in tandem into turn one. Racing side by side for second, they quickly reeled in a slower car. Rice caught a the rear wheel of Joe Butera’s #3, standing his #57 on its nose. The red flag was displayed as Rice emerged uninjured.

With the green flag restarting the action, Lick pulled away from the field. Drevicki faded on the restart with a wheel problem on his #19. PJ Gargiulo moved into second as Heistand, Kobylarz, and Wean battled for third.

With less than five laps remaining, Ryan Greth lost the handle on the Steward #33 entering turn two. Greth kept the car in motion but the caution was needed when contact was made with Tony DiMattia . DiMattia headed to the pits but Greth was able to restart.

With the final lap approaching, Drew Heistand set Gargiulo up as they raced down the backstretch. Lick entered turn four as Heistand slid by Gargiulo to take over second as they raced through turn three.

Lick led the field to the white flag as four cars still battled for second and third. The car came around on Heistand as he slid into turn two. Nick Wean went into a slide to avoid a direct hit with Heistand. The front wheel of the Wean #78 caught the wall and Wean got airborne, flipping over Heistand. The red was thrown and the field slowed to a stop in turn three. Flames shot from Gargiulo’s car as he came to a stop. With less than a lap remaining, three of the top five cars were eliminated. All drivers escaped injury as Heistand , Wean and Gargiulo had their race end just one lap from the finish.

Lick had Kobylarz on his rear bumper for the final lap as he drove to his first win in ARDC Midget competition. Kobylarz was the Hyper Hard Charger, finishing second after starting eleventh. Brett Arndt raced to his second consecutive podium finish with his third place effort. Current ARDC point leader, Bruce Buckwalter, Jr. finished fourth with Brenden Bright completing the top five at the checkered.

ARDC returns to competition at the Mercer Raceway Park on Saturday, July 20th. 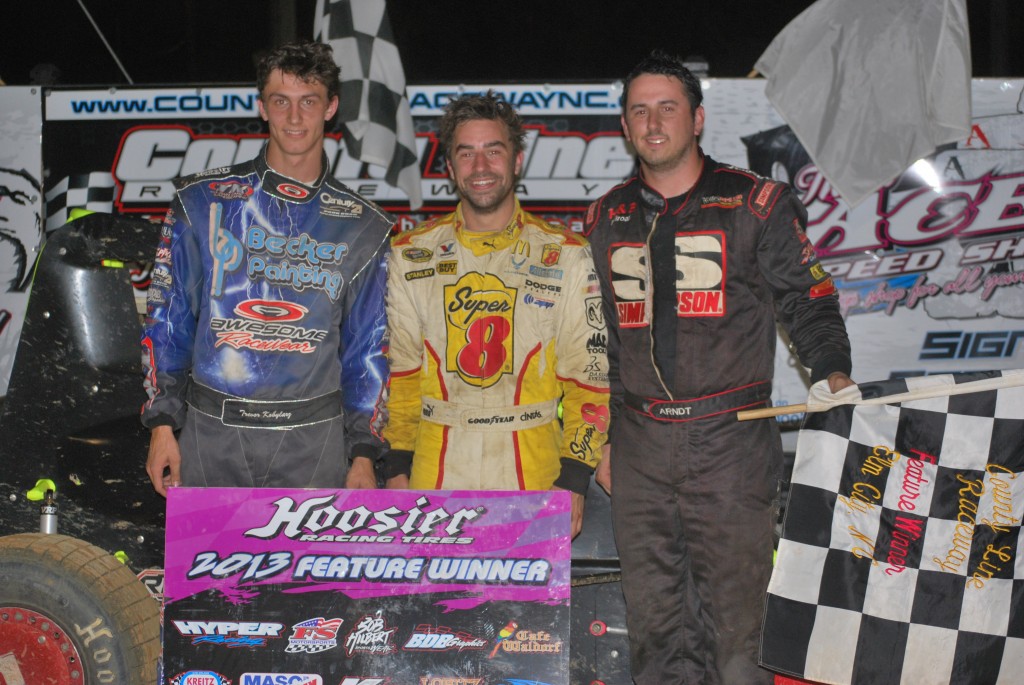 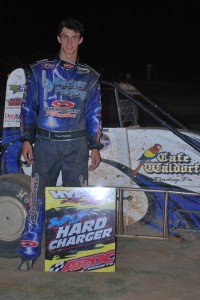