Thunder on the Hill Win to T. Buckwalter

2012 ARDC Champion, Tim Buckwalter was the winner of the 25 lap feature event when the wingless midgets of ARDC joined the wingless sprint cars of USAC for the Eastern Storm event at the Grandview Speedway. It was only Buckwalter’s second ARDC start of the season as he transitions into the PA 358 Small Block Modifieds, running the midget on a part time basis. This was Buckwalter’s second Grandview win in a midget – his first came in October 2010 when he won the Thunder on the Hill season finale.

Shawn Jackson and Jimmy Glenn led the twenty-six car field to the green flag. A complete restart was needed when 2011 ARDC Champion, Drew Heistand and Ryan Watt came together on the backstretch. Jackson wasted no time in claiming the lead on the start. Steven Drevicki was on the move, taking over third on lap three as Alex Bright and rookie, Kyle Lick battled for position.

Point leader, Trevor Kobylarz drew the caution with five complete. Kobylarz had a left front flat from the start of the feature. Quick pit work sent Kobylarz back on the track to rejoin the rear of the field.

Drevicki moved into second ahead of Glenn and began to pressure Jackson for the lead. Drevicki took the lead on the backstretch on lap six as the battle was on for second through fifth. With ten complete, Tim Buckwalter moved into second behind Drevicki with Glenn, Alex Bright and Lick completing the top five.

Bruce Buckwalter, Jr. ran into trouble on lap thirteen with the cars of Nick Wean, Steve Craig, Steven Bull and Brett Arndt coming together in turn four. Only Craig was able to continue.

By half way, three time winner, Steve Buckwalter had moved into the top five. He had just moved ahead of Glenn for fourth when the DeGre Engineering #19 broke while leading. A disappointed Drevicki headed to the pits as Tim Buckwalter assumed the lead.

The top three spots would remain unchanged as Tim Buckwalter led and Alex Bright and Steve Buckwalter duked it out for second right down to the checkered flag. After winning the consolation, Billy Pauch Jr. drove the Fitzpatrick #28 through the field, taking fourth away from Glenn with about five laps to go.

Tim Buckwalter raced to his first win of the season with A. Bright, S. Buckwalter, Pauch and Glenn rounding out the top five. Pauch was named the Hyper Hard Charger of the race, finishing fourth after starting 19th.

PJ Gargiulo finished sixth as Watt rebounded from the lap one problem to finish 7th. Kyle Lick had the best performance of the season by a Rookie in eighth. Ryan Greth and Jason Rice completed the top ten.

Heats were won by Alex Bright, Glenn and Brenden Bright with Pauch winning the consi.

This race was the first of three for ARDC as they travel with the eastern Storm to Port Royal and Susquehanna this weekend. 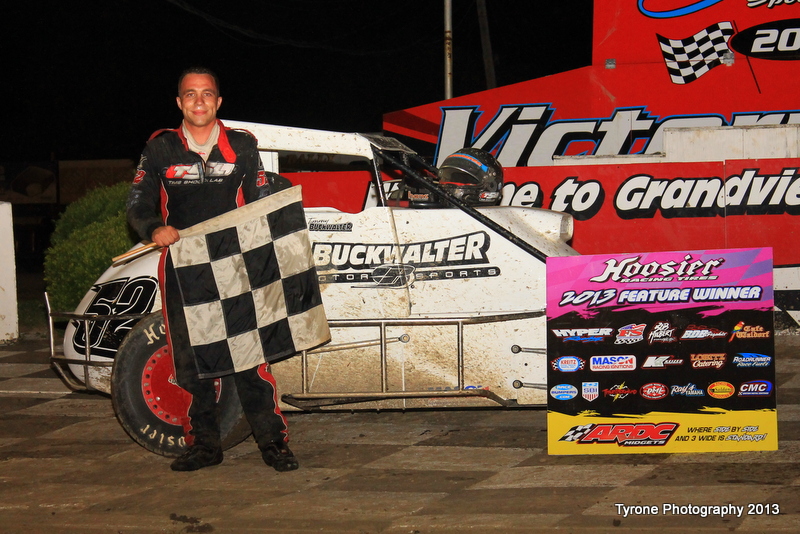 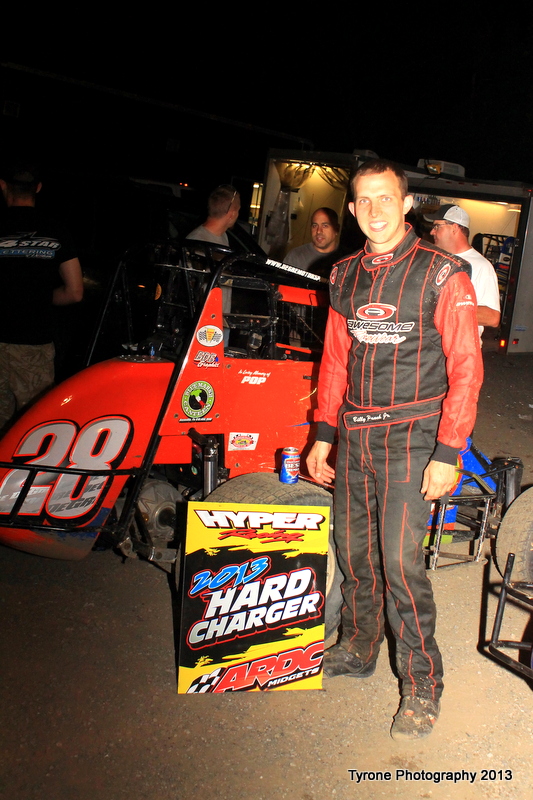 ARDC “At the Track” @ Grandview Speedway